In movies, you’d often see characters say something along this line: “I thought I was going to leave her for one day. It turned out to be one year.”

Since March this year, fiction had turned into reality for some Malaysian families when the Movement Control Order, which was supposed to last for two weeks, ballooned to months as countries started to close their borders.

Back then, Malaysians who commute to Singapore to work daily had to make a choice within days: either to stay in JB for two weeks or Singapore for two weeks.

Yesterday (24 Oct), there’s some respite for those poor Malaysian families who’ve been separated by the coronavirus.

All Inspired by an Event

Lest you’ve just been reading news about how Mediacorp celebrities bought their own condos, here’s something you’ve probably missed.

A Malaysian who’s stuck here in Singapore had an idea of waving to his family members from Woodlands Waterfront Park.

It kind of worked; he could see his family members who were 300m to 400m away.

That viral post inspired more Malaysians to head to the park to look at their loved ones from afar.

Then, a company decided to up the game.

A company in JB has offered their yacht out to “a lucky Malaysian” who have loved ones working in Singapore on 24 October 2020.

It turned out to be 20 families instead.

Back then, the company, R&F Princess Cove, invited Malaysians to express their feelings in the Facebook post’s comment section. Lucky ones, the company said, will be able to board the yacht and wave to their loved ones from a nearer distance.

Days passed by; our hearts are still heavy longing to see our family on the other side that is working so hard. We stand...

According to their Facebook page, R&F Princess Cove is a real estate title and development company.

Most of us who’ve travelled to Johor Bahru via the Woodlands checkpoint would’ve seen the property as we pass by the causeway.

Located in the southern part of Johor, the 5-star property has a marina view directly facing Singapore and has dining, shopping, residential and recreation facilities all within 116 acres.

So, how did the event go?

One day before the event, the company announced 17 winners instead:

And on the day itself, 20 families were “reunited” instead:

Tearful Reunites after being apart for over 200 days❤️ 20 Families separated by JB-SG Causeway waved at each other at...

Images of the “reunion” got so viral, it clocked more than 800 shares in less than a day.

Here are some images that smell like onions being cut: 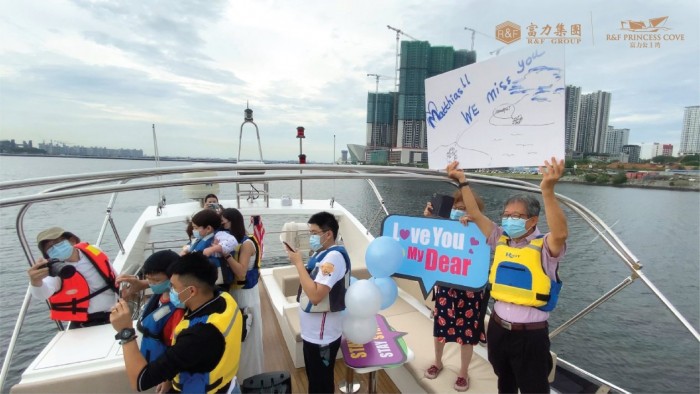 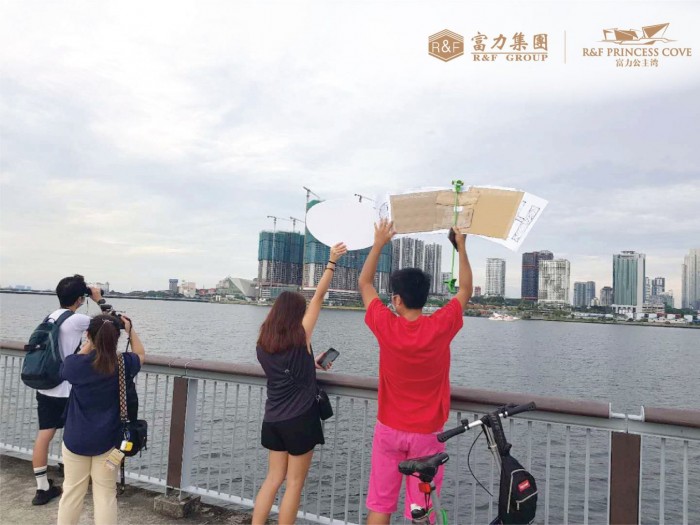 In case you can’t understand Mandarin, here’s a translated transcript:

Man: Dad and Mum, please make sure you take care of yourself

Man: Honey, thank you! Honey, I love you!

The only reason why it’ll make you cry?

You don’t usually hear a man say things like that.

More Stories For You


R&F Mall Is Set To Open This December!